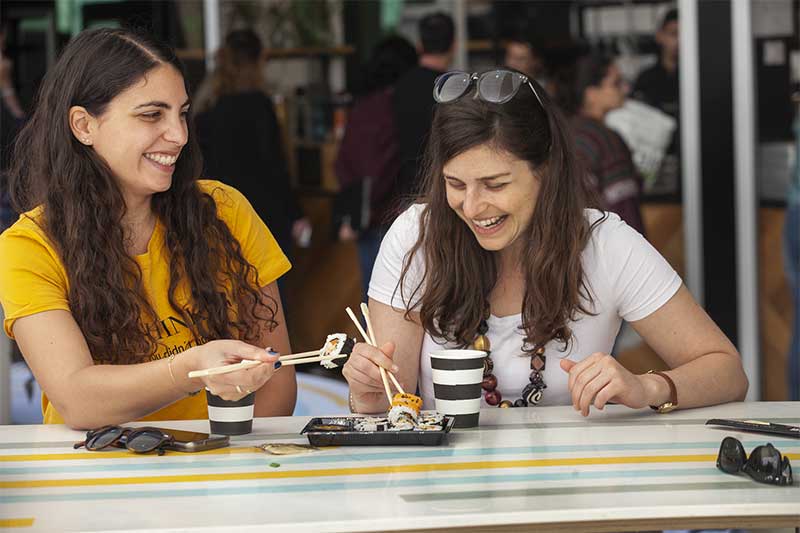 This article originally appeared in We Are Tech Women

The technology sector has opened so many opportunities for me to live, work and meet people from countries across the globe, from Australia, Malaysia and India to the USA and UK.

I’ve crossed paths with talented people of diverse skillsets – some are highly strategic, whilst others are more operational or technical; some are even lucky enough to boast a mixture of all of these talents. The diverse nature of the technology sector means that there are a wide range of people and jobs in the industry. To work your way to the top you have to constantly learn and stay ahead of the change sweeping the industry.

Despite the abundance of talent in the technology industry, I think it’s also important to recognize the lack of diversity. Women hold less than 25% of technology jobs and less than 5% of leadership positions in technology companies. And only 1% of funding goes to female-led startup companies. International Women’s Day is a great opportunity to reflect on the achievements of women and to highlight what can be done to improve diversity in business and inspire positive change.

Gender diversity challenges for women in sectors like technology can start at a young age. Female school and university students are much less likely to select technology as a course or a career, often influenced by the perception of the industry. This trend continues to have a knock-on effect on businesses. It is not unusual to get hundreds of applications for a technology position and only a few of the applicants to be women. It is also not unusual to be presented with a short list of candidates with no women on the list.

But there are things we can do. We can proactively suggest technology careers to females – often they don’t even know it is an option. We can help students understand what a career in technology might look like, and show them role models that they can relate to. If you’re in a position to employ people, you can ensure that you are accounting for diversity: “who are the female candidates for this course/job/team/project/promotion?” If these questions do not give you the answers you’re looking for, it’s down to you and your team to implement changes to attract more females into the business.

For example, last September, Amdocs management set a goal to raise the overall representation of women across the company by 20% in three years. The gender diversity program focuses on recruiting strategies, setting internal goals for the representation of women across the entire managerial chain in major Amdocs business units. This includes the adjustment of company policies (parental leave, flexible hours and more), the integration of recruitment and promotion strategies aiming to create a pipeline of women that are qualified for promotion, the provision of mentoring and coaching for women and diversity training for all management.

As a woman in a senior leadership role in a technology company, I consider myself fortunate to be given a global platform to discuss the issues that I’m passionate about. Not every woman, in similar positions, are promoted as the voice for the company, particularly when it comes to discussing technical issues, a role that is traditionally given to men. If businesses, either intentionally or unintentionally, do not place women as figureheads for a company, it can create a negative public perception, a gap in role models for the next generation of workers and lead to a bigger diversity gap across a business. Women is senior positions who are provided with a platform to share their views should try and use this opportunity to drive positive change across their respective industries.

Progress is being made

It’s pleasing to see businesses in the UK supporting flexible working arrangements, which includes flexible hours, working from home, and four day a week full-time employment. These opportunities are increasingly available across an entire organization, including senior leadership positions. Appreciating that both women and men can work flexibly whilst doing their jobs effectively is an important step towards creating better diversity.

I am encouraged to see the progress in some Nordic countries, where maternity and paternity leave is divided equally between parents. Being on leave for nine months to a year can result in women falling behind their peers in training, development and promotion. If companies can encourage men and women to share leave equally, it can give women equal opportunities to progress at work and also gives men the same opportunities as women to raise their families. It would be great to see initiatives like this being introduced more broadly in business worldwide.

Learn from the best

One piece of advice that I often give to both my female and male peers who are aspiring to be leaders, is to network as much as possible and build relationships with successful people around them. Don’t be afraid to ask your peers how they’ve risen to the position they’re in, and how they’ve overcome challenges in their career. This advice can be invaluable. Asking for what you want can’t be overvalued – whether it’s for help or even a promotion – if you’re confident and direct in your ambitions, you are much more likely to get to where you want to be, faster. Many people may feel uncomfortable with this direct approach, but try to remember that most of your colleagues will want to see you succeed and will do what they can to help this to happen.

End-to-end service orchestration in the 5G & cloud era: From Ford Dagenham to Toyota Takoaka II
May 03
Can Cloud Transformations Fail?
Apr 26
Getting ahead of a significant disruption to the communications industry
Apr 26
The death of the residential customer as we know it
Apr 06
New SD-WAN managed services survey: Key service differentiators and challenges have a lot in common
Apr 01

End-to-end service orchestration in the 5G & cloud era: From Ford Dagenham to Toyota Takoaka II
May 03
Can Cloud Transformations Fail?
Apr 26
Getting ahead of a significant disruption to the communications industry
Apr 26
The death of the residential customer as we know it
Apr 06
New SD-WAN managed services survey: Key service differentiators and challenges have a lot in common
Apr 01