Stream On: Young Viewers at the Forefront of Women’s World Cup’s Digital Audience 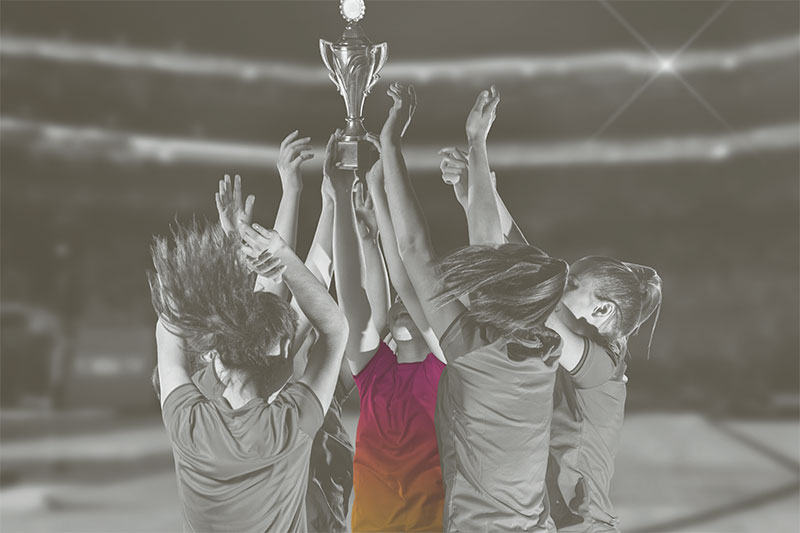 The FIFA Women’s World Cup France 2019TM is officially underway and fans from all over the world will be glued to their favorite viewing channels to watch their home teams battle it out on the field for the next month. With the previous FIFA Women’s World Cup Canada 2015TM garnering a record-breaking 764 million television viewers – an estimated 86 million of which watched online or via a mobile device – over-the-top (OTT) media service providers should expect even larger viewership numbers as consuming sports content has made significant strides to become more omnichannel and convenient over the past four years.

With this in mind, Amdocs recently surveyed 1,000 U.S. consumers to learn a bit more about how they plan to watch this year’s FIFA Women’s World Cup France 2019TM and their sports viewing habits in general. This allowed us to get a better sense of what’s most important for them when it comes to selecting streaming services providers, through which channels respondents are watching this year’s matches and their take on technology innovations such as 5G and virtual reality. We also inquired about what would make the sports viewing experience more compelling for modern viewers.

Here’s what we found…

The OTT market is booming. Media companies with large budgets are offering new, innovative streaming options and channels to watch video to keep pace with the competition – something that is particularly compelling for finicky younger consumers. Just in the last month alone, NBC announced the launch of its new streaming service targeted at millennials, Disney scooped up Hulu and Amazon launched a Canada-specific video service to try and mimic cable. As we’re in the midst of a massive industry shift, it’s important to get a temperature check on how consumers are feeling.

Across the board, we found that younger consumers – primarily aged 18-24 and 25-34 – are more receptive to, and excited for, a new sports viewing experience. This means that they are adopting innovative streaming means at a higher rate than other generations, paving the way for the future of media. The same demographic will most likely be early adopters of 5G-powered sports viewing and related immersive experiences. According to the survey, over 3-in-4 respondents (78%) aged 18-24 and 63% of those aged 25-34 have live streamed a sporting event. This is a large uptick from all respondents in general who are split 50/50.

When it comes to their plans for watching the FIFA Women’s World Cup France 2019TM, the same sentiment applies. Of those who are planning to view the games, while live cable / paid television (e.g. ESPN) remains the top method (26%), streaming came in as the second most popular choice (13%). This number rises amongst younger groups (18-24), with just under 1-in-4 planning to live stream the games (22%).

So, how, when and where are these viewers planning to watch the games?

According to our findings, somewhat unsurprisingly, consumers’ top two methods for watching this year’s matches are via television (63%) and mobile devices / tablets (56%). However, what is interesting is the emergence of social media as a primary streaming channel, with 23% of respondents selecting this option. Additionally, 31% will use social channels to discuss the games and share the experience with friends and family while they’re going on.

There’s also a clear divide in how younger and older demographics primarily consume media – of 18-24-year-olds, 53% plan to watch the games via mobile devices and 30% will do so on social media, both higher than the overall average. Meanwhile, for those aged 45-64, just 21% plan to watch the games on mobile devices, outlining their desire for more traditional viewing means.

Having an understanding of what makes today’s sports media consumers tick is important, but it’s equally critical to know where their pain points and desires lie. We found that the top three most important factors for consumers when it comes to choosing a service provider are cost (40%), viewing experience (18%) and having access to a broad content selection (11%).

With that said, and despite cost being the most important component, consumers are willing to pay more for their sports streaming packages if it leads to a better experience. In fact, 29% of all respondents are willing to pay more than $10 to upgrade their current plans. However, there are a few features in particular that they’re craving in order to have a more immersive sports viewing experience:

Younger generations who are more tech-savvy are particularly interested in futuristic developments, with 27% seeking VR/AR offerings and 31% craving 360-degree live game video. Furthermore, the hype around 5G is piquing consumers’ interests, with nearly 1-in-3 saying that it would improve their sports streaming experience (rising to 53% amongst 18-24-year-olds). Service providers are also taking note, with our role of sports in the future of communications research, which found that major sports events are influencing 70% of respondents’ 5G rollout timelines, and 35% are planning their commercial launch around a key sporting event.

What does this all mean?

Consumers’ sports viewing preferences have shifted dramatically over the past decade as new channels enter the fold and the demand in immediate gratification and convenience spikes. As media consumption habits shift, we’re seeing the effects ripple across the landscape, forcing services providers to rethink how they’re engaging and attracting their target audiences, as well as fostering loyalty amongst repeat customers, especially when it comes to younger consumers.

Whether you’re toying with bringing 5G and/or VR to customers, providing better bundling options or simply looking to improve your media experiences across traditional and emerging channels, one thing that remains clear is that modern consumers crave unique experiences and feel as though there’s room for improvement in what they’re currently receiving. We live in a dynamic time, and businesses that are able to adapt and innovate will be at the forefront of catering to the new viewer.

Learn more about how Amdocs can help your organization with its communications services needs here.

In conjunction with the FIFA Women’s World Cup in France, Amdocs is augmenting the findings of its recent The New Viewer survey and Ovum 5G Sports research with a short US-based consumer survey it recently conducted to learn more about how they plan to watch this year’s FIFA Women’s World Cup France 2019 and their sports viewing habits in general.

In conjunction with the FIFA Women’s World Cup in France, Amdocs is augmenting the findings of its recent The New Viewer survey and Ovum 5G Sports research with a short US-based consumer survey it recently conducted to learn more about how they plan to watch this year’s FIFA Women’s World Cup France 2019 and their sports viewing habits in general.