Hot Markets for Your Consideration | Amdocs

Hot Markets for Your Consideration 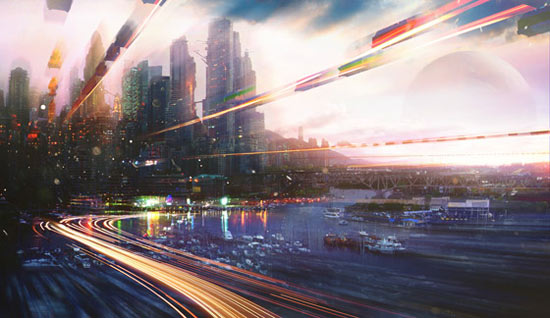 The OTT/VoD/Entertainment/Media markets are hot and growing, and we have been tracking and reading some of the following industry articles that will give you an idea of what has been happening in the past couple of months.  Without a doubt, CSPs should be thinking about making a move into this market while it is on a roll, because the future is happening before your eyes.  Enjoy our compilation of these latest news items that prove the point.

Verizon is hoping to offer a different type of streaming service

Verizon has already confirmed it will launch a streaming TV service later year, but the company is hoping to offer something different than what’s already out there.

The newly combined AOL and Yahoo-a new company dubbed Oath-will play a major role in Verizon’s plan for a virtual MVPD service. In terms of programming for that new service, Walden said Verizon is still working on that but that just having a bunch of content is not necessarily a winning strategy.

When Verizon does launch its vMVPD, it will be competing directly with veterans in the space like Sling TV and PlayStation Vue, as well as more recent arrivals like DirecTV Now, YouTube TV, Hulu’s live TV and FuboTV.

Netflix subscriptions on the rise

Digital TV Research forecasts that Netflix will have 128 million subscribers by 2022, up by 44% from 89 million at end-2016. The Netflix Forecasts report estimates that the number of international subscribers will exceed US ones by early 2018.

Unlike most of the rest of the world, the Asia Pacific pay TV sector is vibrant, with subscribers and revenues forecast to rise over the next five years.

Comcast reinventing itself as a technology and communication-entertainment company

In perhaps the most precise articulation to date, Comcast’s top video products executive spelled out how the MSO now sees itself as more of a deep-thinking Silicon Valley tech company, as opposed to stodgy, old cable operator.

"We don't see ourselves as a cable company," Strauss told the Chicago Tribune in a wide-ranging interview, largely bereft of news but full of honed iterations of corporate philosophy. "We see ourselves as a technology and communication-entertainment company, much more in the consideration set of Apple and Google than more of the traditional cable and satellite providers."

Hulu has officially launched its live TV service (still in beta) and announced the addition of Scripps Interactive networks including Food Network, HGTV and Travel Channel.

Along with the introduction of live TV, Hulu is rolling out a redesigned user interface to integrate live, recorded and on-demand content. Viewers can create a personal profile to pick favorite TV shows, news channels and movies, and Hulu says the more a viewer watches, “the more tailored the service gets,” building recommendations based on content, time of day and device.

AwesomenessTV has a movie deal in place with Netflix to go along with several series renewals and the upcoming launch of "Awesomeness News," a news brand targeting Generation Z audiences.

Awesomeness Films will release its Netflix original “You Get Me,” starring Bella Thorne, Halston Sage and Taylor John Smith, on June 16. According to Variety, Awesomeness is also queuing up new seasons of “Freakish” on Hulu, “Foursome” on YouTube Red, “Guidance” and “t@gged” on Verizon’s Go90 and “The Commute” on AwesomenessTV.

"In addition to delivering compelling scripted and nonscripted series with high production values, AwesomenessTV has demonstrated an ability to zero in on programming that Gen Z and millennials want to watch," said Marni Walden, executive VP and president of product and new business innovation for Verizon. "The content AwesomenessTV has produced for go90 has exceeded all our expectations with shows such as Guidance and Top Five Live. That's why we want to be in the AwesomenessTV business."

Watch our latest video trailer and follow us for more updates.

About the author: Alon Bar is a product marketing manager at Amdocs, with over 16 years of experience in the communications IT industry. He is responsible for creating awareness, positioning and bringing to market Amdocs’ portfolio solutions. This role includes defining the business strategy and direction and encompasses new offering development, innovative technology and market insight.