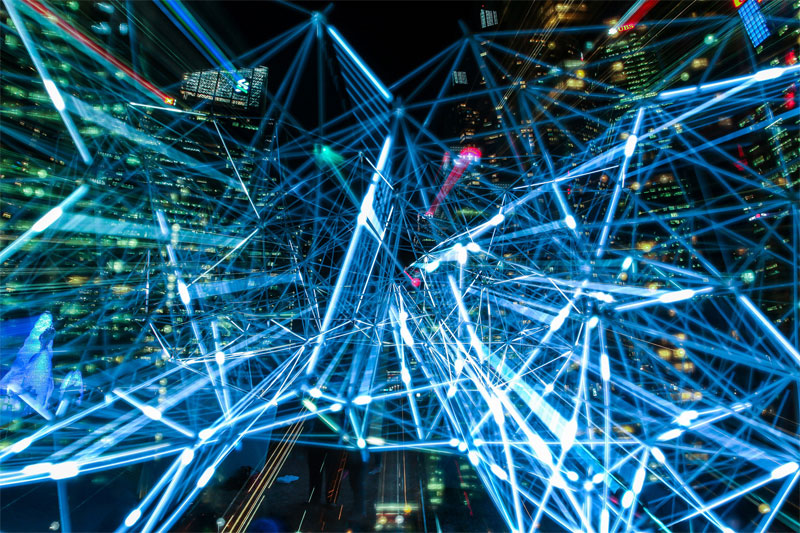 “Many banks and financial entities envision the blockchain as delivering value to their customers in the form of reduced fees, faster funds transfers and simplified processes. Much less heralded, but potentially far more dramatic, is the transformational impact the blockchain could have on the world’s massive unbanked population.” American Banker

All the talk around blockchain and cryptocurrencies is far from being just hype. To the contrary, blockchain’s distributed ledger technology (DLT) is introducing major tectonic shifts to the infrastructure of global financial services. And, the industry is not only taking notice, it is taking action. According to the World Economic Forum:

The disruptive impact for financial services cannot be understated, with far-reaching impact on processes such as Know Your Customer (eKYC), client identification and authentication, and for loyalty and rewards programs.

In fact, it is anticipated that the ripples set in motion by blockchain will go even beyond finance. This technology can also be applied to other multi-step transactions that require traceability and visibility, such as managing and signing contracts (Deloitte).

Opening the Door for Financial InclusionYet, one of the biggest and most immediate revolutions being introduced by virtual currencies is the financial inclusion it is enabling for the world’s unbanked and underbanked.

This is a population of approximately 3.5 billion people worldwide who either have no access or insufficient access to financial services. They typically do not pass the vetting process, nor have the ability to pay the costs associated with such services (whether for fees, travel, or other), (Chamber of Digital Commerce).

Blockchain, however, is changing all that. It enables the transfer of funds in a way that is much more affordable, avoiding the need to pay the typical fees involved with account opening and usability. And, as the transactions occur over the internet – all that’s needed is a mobile phone. For, while the unbanked and underbanked often do not have bank accounts, most do indeed have a mobile phone at their disposal.

Without the need for a ‘middle man,’ the cost to transact with blockchain is considerably decreased. For example, with international remittances, the rates are reduced from 6% per remittance transaction down to 1-3% (The Future of MFS is Now, Amdocs). This can be extremely empowering for the unbanked who often send the smaller amounts that normally incur higher fees.

Billion-Dollar Opportunities
The appeal of lower cost, friction-free, and seamless payment experiences, is taking blockchain and virtual currencies into a multitude of services beyond banking, such as ride sharing. Take for example Malaysia’s Grab. Initially launched in Kuala Lumpur, the company now dominates Southeast Asia’s ridesharing market with 2.3 million drivers in 168 cities across eight countries (Wired). Leaving Uber far behind, Grab is experiencing phenomenal success, having raised $2.5 billion from investors last year and bringing its valuation of $6 billion.

Although Uber has invested great efforts and funds in its attempt to take the helm in the region, it has yet to overcome Grab. Some attribute the latter’s success to its keen ability to enfranchise the underbanked with a virtual payment option for its services.

That is, Grab enables riders to pay with the company’s mobile wallet payment solution – GrabPay. The service can be used for more than just rides, though. It is used for cashless payments for goods and services from participating shops and restaurants. GrabPay is very similar to the Chinese payments service Alipay, where consumers scan a merchant’s QR code, enter the amount, and simply tap “pay” to complete the transaction. Friction-free and seamless. The service was launched initially in Singapore and is planned for extended roll-out in the region this year.

A similar example comes from Indonesia’s first billion-dollar tech startup, ride-sharing leader Go-Jek, which introduced GoPay in 2016. At the end of last year the company had announced that it has agreed to acquire three local fintech firms in its effort to expand its digital payments services.

In Conclusion
Clearly, the opportunities presented by blockchain for the unbanked and underbanked are great. They are also immense and present strong growth potential for financial services providers. Accordingly, those providers who ensure that they offer a virtual currency option, especially in the emerging markets that are home to the majority of the unbanked, can realize the promise of the future of more efficient, frictionless banking today.

To learn more about how Amdocs Mobile Financial Services can help you too tap into the blockchain opportunity, we invite you to chat with us.