“Are we there yet?” – on the road to autonomous operations | Amdocs

“Are we there yet?” – on the road to autonomous operations 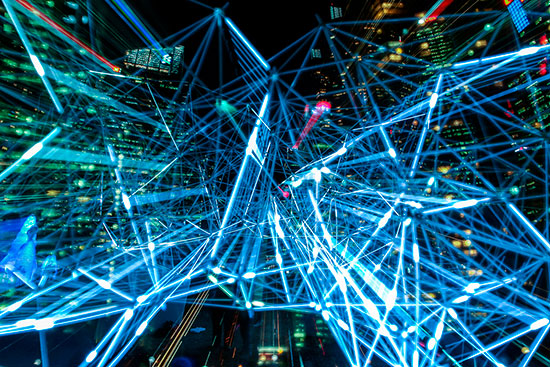 Who hasn’t dreamed of owning a self-driving car? Depending on your age, different visuals may come to mind – whether the 60’s “Chitty Chitty Bang Bang”, “KITT” of the 80’s “Knight Rider” or Arnold Schwarzenegger hailing a Johnny Cab in “Total Recall”. But as you gaze out the window and into the traffic, it becomes apparent that despite efforts by technological giants such as Google, Tesla, Uber and others, we still have a long way to go.

One of the most significant drivers of automation is network evolution. While networks were once mostly static and focused on coverage and capacity, they are now becoming agile, open and software-controlled. Such evolution is necessary in order to serve the growing demands of enterprises and consumers. But the need for manual intervention in the network presents significant hurdles. That’s why to support this transformation, network operations and assurance need to become increasingly autonomous.

Most carriers have already embarked on this journey. Typically however, automation levels remain low, with the main setback being that the journey represents a huge disruption: it impacts the entire network operations, services and workforce. Indeed, the industry is still struggling to identify the optimal way to integrate automation into operations of the new emerging hybrid networks, without affecting existing services.

Let’s get back to the autonomous driving analogy. Traditional driving is a manual-intensive, responsive task. Whenever an event occurs, a human must detect it, analyze it and respond accordingly (if needed). Today, the automotive industry is exploring ways to enhance automation, and has defined six progressive automation levels, ranging from fully manual “Level 0” to the fully autonomous, self-driving car at “Level 5”.

Looking at levels 1 and 2, more and more driver-assistance systems are being embedded into the driving experience, in order to introduce partial automation and reduce dependency on the human driver. Examples include electronic stability control, anti-lock brakes, lane departure warning, adaptive cruise control, and so on.

So too with today’s network operations, where some automation is already being introduced in the form of simple scripts and basic scenario resolutions (like restarting a VNF if it fails). But it’s still mostly small-scale and often falls back to rely on manual human intervention. But such intervention is inefficient, and in effect, akin to firefighting, where network personnel are kept busy reacting to numerous network events while being disengaged from the service intent.

So, while many service providers have already achieved basic levels of automation – what needs to be done to move up a gear?

In the automotive industry, levels 3 and 4 represent conditional and high automation respectively, where software handles most functionalities – albeit, within controlled, predefined environments. While human intervention remains necessary, having an ongoing learning process in place means the need for such intervention would diminish over time, with the ultimate goal being “Level 5” – or full automation.

For network operations, solutions such as Amdocs Autonomous Service Assurance are designed to take automation to the next level in a similar way, while accelerating the journey to fully autonomous operations.

The future mode of operations must evolve so that the focus is placed on designing how service intent is to be assured upfront from when it is created. The next step is to proactively sense the telemetry that can indicate an impact to the service in order to autonomously assure it. At the same time, we need to enable continuous learning of new policies and workflows – working in a DevOps approach to embed them and enhance automation further.

So, where are we heading?

The key to accelerating and de-risking the evolution to fully autonomous operations lies via a process that is managed, iterative and incremental. At the same time, the journey must be navigated in a customized way, while learning which approach is best suited for each individual operator. The fruits of these efforts come via reduced costs, the ability to meet higher expectations from customers, as well as competencies to introduce additional virtualized and programmable network operations and services.

And the journey can be accelerated too: you just need the right partner. To learn more, come and hear Oren Marmur, VP, Head of NFV at Amdocs, who will be participating in a panel on “NextGen Service Assurance Enablement” at the upcoming TM Forum Digital Transformation World.