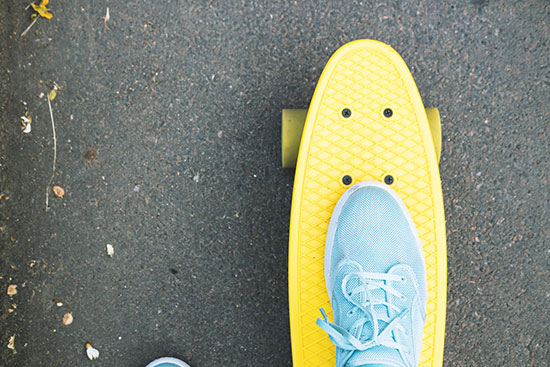 This article originally appeared on Forbes, and can be found here.

As cloud technology continued to be adopted throughout the industry in 2018, we started to see the early stages of serverless computing and initial 5G discussions. There's also an ongoing revolution of analytics, network virtualization and user experience digitization. This is the time of year to look into 2019 and consider what impact the latest technology will have in a few short months.

IT: Organizations Will Have To Master Their Hybrid Cloud Strategies

While some expect that Kubernetes and Docker will eventually become part of the daily practice in IT, our existing networks and tools continue to work unabated. However, as cloud adoption picks up substantial speed, the current era of coexistence between traditional and emerging technologies will face increasing operational business challenges. I believe IT organizations will respond by focusing on creating a clear hybrid approach (current, cloud and multicloud) that ties together current applications with the latest technologies and network changes. I think organizations that fail to adapt to the hybrid environment will be prevented from adopting cloud technologies at the right speed, which will eventually hinder their ability to achieve business objectives.

IT: Increased Cybersecurity Threats Will Need To Be Urgently Addressed

As IT organizations embrace public cloud environments, the threat of cyberattacks and malicious attempts is a growing phenomenon. However, a gap still exists between the industry's needs and what can be achieved with the available workforce. The Computing Technology Industry Association (CompTIA) claims that as cloud and mobility adoption uncovers new threats, there remains an IT security skills gap. As cloud increasingly becomes a part of every IT environment, 2019 will be a key year for elevating the workforce, educating new talent and making the right moves to face the cyber challenge.

Telecom: Increased Interest In Serverless Computing, In-House And On The Cloud

Serverless computing is based on event-driven computing, often called function as a service (FaaS). (For more background information on serverless computing, please see my previous post.) FaaS has its limitations, mainly regarding vendor lock-in and the overall immaturity of the ecosystem. 2019 will see a move towards maturing best practices, security solutions and tooling as more communications providers look to implement the technology.

I believe increased adoption and maturity of edge computing represents a critical step towards a fully-connected world. I think 2019 will see us edge closer to this goal (pun intended). The technology provides interim processing “at the edge” before traveling to the public cloud, thus enabling massive deployment of IoT devices. Though the need is clear, the introduction of edge computing raises several challenges that CSPs will need to grapple with in the coming year:

Software Defined Data Centers (SDDC) is already becoming the norm in enterprises that adopt virtualization. SDDC means the entire building blocks of a modern data center is using virtualization for compute, network and storage. All are done in software and accessible via APIs. In 2019 and for the years to come, I believe adoption of Kubernetes and containers will increase, allowing companies to quickly adopt on-premise cloud capability and provide a cheaper solution for the traditional IT data centers.

In early 2019 we will witness the first 5G-enabled handsets hitting the market, and this will mature further by year’s end. According to CCS Insights, we could see 60 million 5G connections by 2020. I believe 2019 will be more about future-proofing devices to ensure they can work with the technology when it becomes more widely available. First-mover adoption will be a race between enthusiasts from the United States, China, Japan and South Korea.

While 5G services will focus on fixed consumer wireless initially, I think this will eventually represent only a small proportion of the overall market. Crucially, for CSPs, it’s the launch of commercial enterprise offerings leveraging 5G that will bring the most exciting revenue opportunities, especially in areas like virtual networks for specific applications.

As cloud technology continued to be adopted throughout the industry in 2018, we started to see the early stages of serverless computing and initial 5G discussions.

As cloud technology continued to be adopted throughout the industry in 2018, we started to see the early stages of serverless computing and initial 5G discussions.