Could the evolution of virtual assistants lead to the death of mobile apps? Avishai Sharlin discusses this topic with Shane Mac, Former CEO of Assist and current SVP of Conversocial. 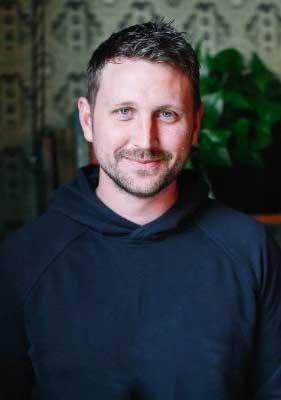 If you ask Shane Mac, Former CEO of Assist and current SVP of Conversocial, what he thinks about the current state of technology, he'll tell you that tech has barely tapped into its potential. We're only 20 years into the full use of the internet, yet Mac believes we've already become lost in our devices and technology. So what if we told you that the future of tech might create a world that allows us to disconnect digitally and reconnect socially?

Avishai Sharlin, general manager of Amdocs Technology, spoke to Mac about this very topic on the latest edition of our Future of Tech podcast series. They discussed how technology could evolve to help us become more personally engaged, as well as other topics like virtual assistants.

"What we don't realize right now is we've already disappeared because all we're doing is staring at our devices all day, every day. We're not interacting, and you've watched us just spread apart. People at dinner tables are all on their devices not interacting," said Mac. "What's happening now is technology is going to be built to get us off technology."

Mac and Sharlin discuss how we’ve entered a new age of technology called the "assistant era," focused on getting things done for consumers. And eventually, this could spell the end of mobile apps, and the rise of voice- tying tech systems that tie experiences together, saving consumers time and keeping them off their phones. Why? Because over the last 10 years, a plethora of APIs have been built to expose virtual assistants to mobile apps. And eventually, mobile apps could completely go away because virtual assistants will have these direct system ties.

Listen to Mac and Sharlin discuss this further on the Future of Tech podcast series.