Despite the business and operational benefits that cloud-native architectures provide, organizations are identifying significant challenges in their transition to cloud-native development and DevOps practices.

IDC has found that an increasing number of telecoms and cable MSOs worldwide are readily adopting cloud-native application development architectures.

While these organizations present growing awareness to the potential increased revenue realization, they also cite many other reasons for adopting cloud-native architectures. Several telecoms that IDC interviewed recently identified the following (by order of priority):

Organizations early in the process met problems that include:

However, organizations further along in the cycle cited the following challenges:

As the preceding text indicates, many early and more advanced adopters of cloud-native application development have a hybrid or even, in the case of the latter, multi-cloud posture, with cloud-native application clusters being developed and run both on-premises and in at least one public cloud. While hybrid environments make good business sense, they can compound complexity and challenges, because each public cloud has its own development environment, tools, and APIs.

Toward a better solution

Major IaaS public cloud providers attempt to address this complexity challenge by providing APIs and infrastructure that are available not only for their off-premises IaaS clouds but also as on-premises cloud-connected infrastructure; notable examples include Google Anthos and AWS Outposts. These offerings, however, tend to reinforce a single-cloud model, with inherent technology lock-in, rather than facilitate inter-cloud portability and multi-cloud adoption.

Concerns about consistent cloud-native development and deployment were cited by some organizations. Almost all interview respondents identified consistency in the related context of application development and operations, indicating that they intend to standardize development processes and, in some cases, implement standardized training and certification programs. Standardized development practices are seen to deliver a range of benefits, including software-development efficiencies, cost savings, code portability, and the capacity to deploy and redeploy developers in different teams as business priorities demand.

Telecom providers that are further along in their cloud-native application development experience have noted challenges and limitations of their development platforms and tooling, including open-source options. Some have chosen to use open-source development tools primarily if not exclusively. While these organizations want to continue to use open source in their environments, they have experienced difficulty and frustration in integrating and managing disparate open-source projects, often resulting in consultations with trusted partners and vendors to simplify and consolidate management of the various technologies.

Consequently, many interviewees expressed an interest in tooling and platforms that would provide them with an integrated, workflow-based approach that would deliver simplicity, portability, performance and functional consistency across cloud environments, and code and application security throughout the development-production lifecycle.

These insights lead IDC to conclude that vendors best positioned for market success will be those that can address the above challenges in a manner that is aligned with and cognizant of service providers’ existing culture, practices, and established processes. In doing so, these vendors will help their customers reduce the impact of skills scarcity, enhance operational consistency (through DevOps practices and streamlined workflows), and simplify integration with open-source software. An added benefit for customers is the avoidance of cloud-vendor lock-in and the greater portability and flexibility that accrue from it.

In addition to conducting interviews with organizations pursuing cloud-native application development, IDC was also fielding a worldwide survey on this topic.

Get the full report 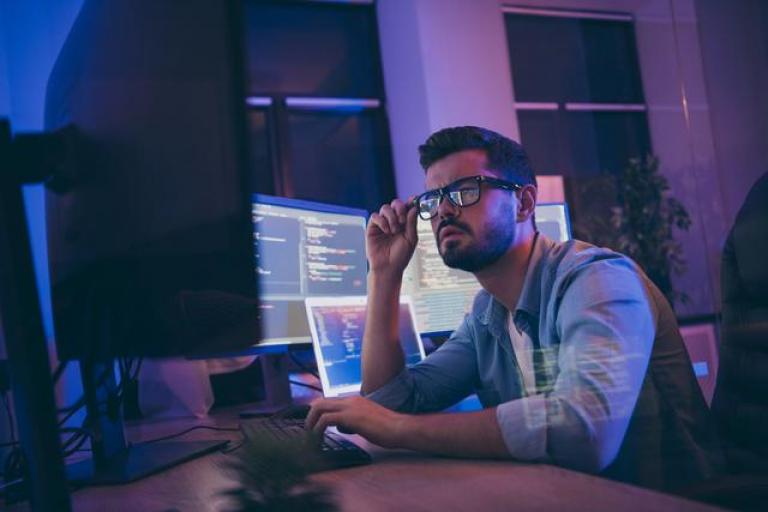