Flash-cut migration of customers or the data, or an iterative migration? Do we want the customers to be aware of the transformation – given that it’s for their benefit – or not?

These are some of the dilemmas facing a transformation project, said Ralf Hellebrand, head of Vodafone Germany’s Solstice Transformation, at TM Forum’s Digital Transformation World this week.

Speaking alongside Amdocs Technology division president Avishai Sharlin, Hellebrand noted that past transformations were often big and lengthy, not made to be driven in an iterative, agile approach. Now this is changing as transformations become more than IT projects. 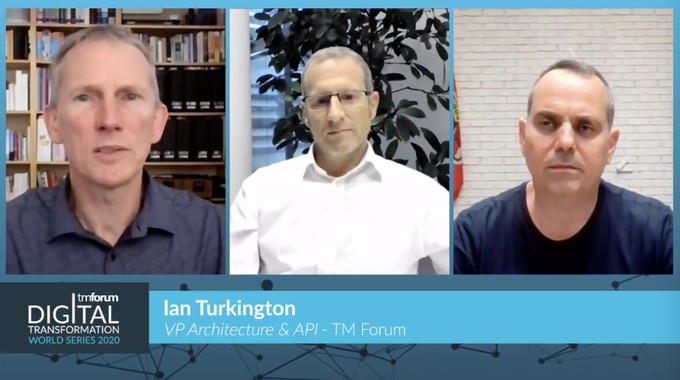 In fact, said Sharlin, all transformation projects today are “business-driven transformations,” regardless of the actual project approach of best-of-suite, or best-of-breed, or modular. “Once you decide what the business objective is, then all the rest falls into place,” the Amdocs executive noted. Expanding on this, Hellebrand called Vodafone Germany’s project “business-led, but IT-driven because both things need to come together.” This means an end to the traditional silo approach of working, as both IT and the business sides of the organization need to work collaboratively, which requires a more agile way working both internally and with vendors.

Moving from vendor to partner

Vodafone Germany has worked with Amdocs for many years, Hellebrand continued, and in the past created long instruction documents that were followed to the letter. “All of a sudden, we don’t want that anymore. We want to be more flexible and collaborative, and this is turning Amdocs from being a vendor into being a partner” as well as reducing the transformation risk.

Although the Solstice project is not yet complete, Hellebrand said Vodafone Germany was already enjoying its benefits, including a simplified portfolio and unmatched level of collaboration with partners like Amdocs.

Co-development and breaking down silos

In a separate session, T-Mobile USA’s Meg Knauth, IT Vice President of Software Development and Production Support, stressed the advantages of co-development in transformation projects. Talking with Joshua Koenig, head of Client Solutions, Amdocs Digital Business Operations, Amdocs Services, Knauth said that by breaking down silos and having small teams work together and co-develop, “you can do more, so much faster.”

T-Mobile US and Amdocs: Solving the complicated integration challenges of a digital transformation

Knauth and Koenig were discussing Sprint’s (now part of T-Mobile) move from a heavily-siloed environment to a unified, simplified cloud-native architecture. “Our biggest concern,” she said, was are we “looking at a flash-cut, swallowing the whole elephant whole.” One of the reasons for the project’s success, she said, was that the Sprint and Amdocs teams worked on making the impasse smaller so they could work on subsets of customers and transactions and move them to the new architecture. This not only helped the business, but also helped with testing as it allowed to respond faster to anything that bubbled up.

Transformation dilemmas still exist, but collaboration, transparency, and working together in mixed teams, has become the new norm for transformation projects, reflecting a cultural change for the whole industry.