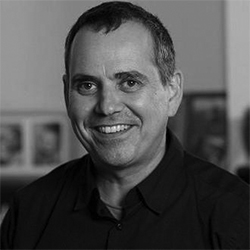 This article originally appeared on VMBlog

The disruption brought on by the pandemic shows that at any moment, businesses must be ready to evolve to meet new demands. Over in the past year, I believe many enterprises realized they need to accelerate their cloud adoption to improve their IT infrastructure. In fact, our research indicates that 60% of enterprises in the U.S., U.K. and India are expediting or extended their cloud journeys.
And as this adoption continues to accelerate among enterprises, hybrid cloud – where two or more different technologies (for example VMware on-premise and AWS on the cloud) run simultaneously to collectively manage, configure, automate, and scale – will become increasingly important. Here’s why.

The incremental move to a new world

While everyone expects new approaches and technologies (Kubernetes, containers) to become part of our daily operational practice, we still face the issue that we live in a world where existing apps, networks and operational tools have to function as they always have. In other words, as new cloud-native applications are deployed, they will need to exist and integrate with current traditional systems and customer channels while also ensuring backward compatibility, ease of use and seamless operations.

With 71% of U.S. enterprises claiming to increase cloud spending in 2021, It is likely this "era of co-existence" will become as critical of a topic as ever.

Moreover, when we look at the "human" aspect, employees everywhere will need to gain new skills to co-exist with their current ones – enabling them to operate new technologies together with present applications and processes.

So with co-existence being essential for the foreseeable future, businesses will need to ensure an ongoing, functional business environment. The question is, what are the things to consider to achieve this?

What to consider when going hybrid

The first thing to look at when running a hybrid environment is your operations. Consider looking in to "lift and shift" opportunities and where you can "containerize" apps. Organizations should try and make their life simple by trying to adapt existing applications to run within containers. Easier said than done in some cases; this process will take time and reskilling of personnel, so make sure to include these aspects in your operating costs.

Next, consider how you plan to scale your apps. Are you going to use Kubernetes in a standard way, or do you need other methods and techniques? Your approach may determine the best way forward while also setting expectations for changes in development directions and tooling costs.

Consider how you plan to monitor and log your hybrid environment and consider using standard Kubernetes patterns such as native Prometheus and standard output logs.

As part of a holistic end-to-end hybrid design and architecture, there are additional aspects to look into, including security and interoperability. These topics will determine the way your organization moves forward and its speed and agility.

As you evolve, don’t forget where you came from

The race to adopt cloud has accelerated due to the pandemic, but failure is imminent if a well-defined hybrid approach that ties everything together isn't implemented. Since the co-existence era will likely be with us for quite a while, taking the time to figure out your best approach without forgetting about your existing systems will set you in the right direction.