5G represents an important upgrade for the mobile communications industry – or more accurately, an important series of upgrades arriving in phases.

This has potential to enable a range of new applications and services, for both conventional MNOs and new network owners/operators. But the timing and sequencing of 5G phases is crucial.

5G represents an important upgrade for the mobile communications industry – or more accurately, an important series of upgrades arriving in phases. This has potential to enable a range of new applications and services, for both conventional MNOs and new network owners/operators.

But the timing and sequencing of 5G phases is crucial.

In recent years, the mobile industry has sometimes oversold the near-term opportunities of 5G, or confused them with longer-term possibilities. Given the complexity of the technology this is perhaps understandable but nonetheless unfortunate. It has also sometimes overlooked alternative technologies that can satisfy the same requirements – perhaps sooner.

For example, various commentators have falsely asserted that “autonomous vehicles will need 5G”, or have made cliched comments about sci-fi applications such as “robotic surgery”. Coupled with misunderstanding about when and where ultra-low latency may be available or needed (hint: only in very specific locations) this has meant that some weary observers have perceived the whole industry has overhyped.

The irony is that this obscures some genuine good news.

Certain applications and services are much more 5G-centric, or even 5G-dependent. Some of these are still quite a long way off in the future, as they need later versions of the radio and core technology, but others are more viable in the next 2-3 years.

Disruptive Analysis believes that MNOs (as well as governments, vendors and industry bodies) need to focus on what is actually realistic to achieve with 5G, given its strengths, weakness and – especially – market timing. The industry needs to stop “chasing unicorns” and instead talk about realistic, credible goals.

The previous blog in this series [link] already considered options for monetising the earliest versions of 5G. The general conclusion was that it offers "more of the same", as most current deployments use non-standalone mode, which links the new radio network into the existing 4G core network.

5G NSA does not give additional features beyond higher speed and capacity – but it allows for new pricing models and bundles that MNOs can use as an initial step to earn a return on their new investments. Examples include:

However, nothing here is unique to 5G. All of these applications can work well on good 4G networks, or indoors on well-engineered Wi-Fi, at least for now. It is future versions of 5G that start to make a difference. Most readers will be familiar with the acronym URLLC (ultra-reliable low-latency communications), for instance – which is at the core of many later 5G release features.

So for instance, future AR/VR might be used outdoors, in vehicles or other locations where 5G is preferable – for example by field engineers for utility or aviation companies. The history of "wide area" games such as Pokemon Go also suggests continued evolution could lean on the abilities of 5G, once coverage is sufficiently predictable. Having an early "starting point" for 5G could offer useful experience to both operators and developers.

That said, certain other aspects of 5G are less-important for new applications. The "massive IoT" capabilities of thousands (or even millions) of devices per square kilometre sound impressive, but are largely deliverable with 4G-era technologies such as NB-IoT, or non-cellular alternatives such as LoRa and Wi-Fi.

Edge computing is also an interesting general trend for applications, but is not dependent on 5G or specifically linked to its deployment – it is access-neutral, and indeed most Edge functions will be connected with fixed/fibre, or even embedded directly into devices. There may be some unique 5G + MNO-owned edge applications, although at present this is mostly hypothetical.

While 5G technology offers these various theoretical new application and service opportunities, operators need to consider more carefully when (and where) they can actually be offered to customers.

They need to understand that what will determine the real-world opportunities for their specific circumstances. Not all MNOs will be able to offer the same 5G portfolios. There needs to be a mechanism for applications to assess what capabilities are actually realistic at a given place and time.

Key criteria will include:

Today, MNOs views of what they want to do with 5G are starting to crystalise, but actual service concepts are still immature. Various telcos are experimenting with AR/VR, as well as participating in numerous industry trials and testbeds, although many such as "factory 4.0" automation and 5G V2X are many years from full commercialisation.

What is often lacking is a way for application developers to work out when a given device is running on 5G, what capabilities are available in general, or on specific request (for instance invoking a dedicated "slice" or QoS features) and what fallback options are available. Until applications have a good sense of 5G coverage, performance consistency and predictability, and whether a given user's device is configured to access all the network features, developers will be reluctant to create 5G-dependent services.

Operators also need to recognise that 3GPP 5G does not exist in a vacuum. While later releases 16/17/18 bring a wide variety of new capabilities and features to 5G – some oriented towards specific applications and services – it is usually not the “only game in town”. It may, however, be the only game in a specific location, or for a particular customer.

The mobile industry must, in particular. be aware of (and realistic about) ongoing evolution of adjacent technologies:

The relative timing of these is important. If a given market is likely to see indoor Wi-Fi6E become commercialised far in advance of 5G Release 17, for instance, then that may impact the addressable market for industrial IoT use-cases. Satellite coverage might reduce the opportunity for 5G in agriculture. Again, operators need to be realistic about sequencing of events.

They also need to be able to handle combinations of different connectivity modes – often "loosely-coupled" or completely separate, rather than sharing a 3GPP-type anchor or core. This means that OSS, BSS – and also marketing and solutions teams – will need to be flexible enough to accommodate different technical approaches which may well be "diverged" rather than "converged" at a network or identity level. As a general rule, any concepts involving the word "seamless" should be viewed skeptically – seams are often inevitable, or even desirable.

Ultimately, telcos need to decide whether they are going to bet on:

If they choose to take the former path, then 5G operators will need to aggressively engage with the application-developer and enterprise communities, to work out what coverage, functionality and support requirements are needed to create genuinely-valuable 5G experiences. They will need to be honest with themselves – and their customers – about realistic timelines. Exactly when and where will 5G consumer or business functions be available? How will they abstract away complexities (such as multiple independent networks) from the customer? Can they create elegant and consistent UI and UX that hide the messy network realities?

Operators should expand their work on trials, testbeds and prototypes as broadly as possible, both to understand the current "state of the art" and its likely trajectory over the next few years.

Marketing and solutions teams should work with their infrastructure colleagues (and vendors) to map 5G applications to the realistic timing of coverage, network performance and 3GPP release adoption for their specific network. They should consider areas to accelerate or extend these technical parameters – for instance, by improved indoor coverage investment – as well as potential partners on both infrastructure and software development.

Above all, MNOs and other classes of operators must be wary of overpromising and unrealistic hype – and should not treat 5G as the only tool for connectivity. Customers will buy outcomes and experiences, not look for "use-cases".

Dean Bubley (@disruptivedean, https://www.linkedin.com/in/deanbubley/) is the founder of Disruptive Analysis, an independent technology industry analyst and consulting firm based in London. An outspoken analyst & futurist with over 25 years’ experience, he specialises in mobile / telecoms fields, with an eye on broader technological, futurism and societal contexts. He is one of the leading market observers and forecasters covering 5G, network infrastructure & software, IoT, telecom business models, voice/video communications, AI and broadband/spectrum policy. 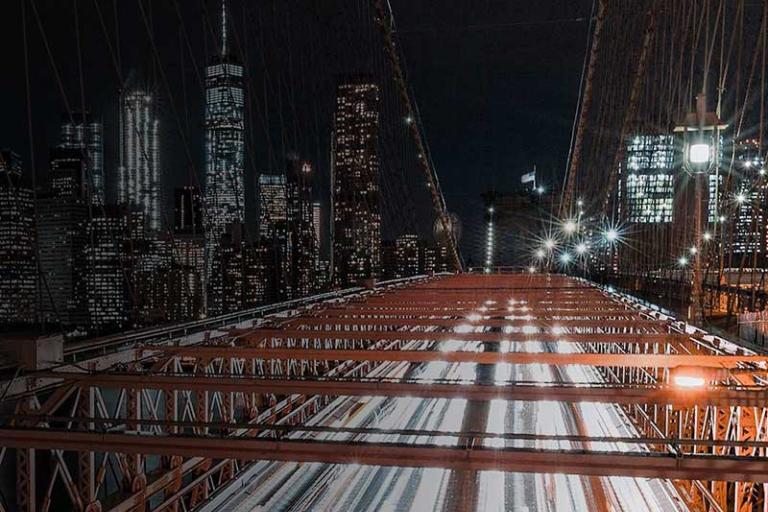 What if you had the flexibility to launch and monetize new innovative services and business models over a dynamic, automated 5G network?