Is cloud gaming about to end the console wars?

Our research shows the future is bright for cloud gaming, but there is more to be done before it can provide the experience consumers expect. 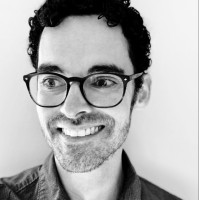 Is cloud gaming about to end the console wars?

Does your business have cloud gaming on the mind? It should.

If you’re anything like me, when gaming showcases (or E3 in previous years) come around in June, it’s like Christmas. A Resident Evil 4 remake? Yes, please! Street Fighter 6? Please, give it to me now! The Texas Chainsaw Massacre as a GamePass launch exclusive? Let me start brushing up on my hide-and-seek skills.

However, outside of the plethora of new titles, one thing excited me even more after this year’s showcase. The potential for cloud gaming to have a watershed moment, making it easier for “hardcore gamers” and casual ones to plaay together wherever they are without having to buy a $500 console to do it. There is a lot of potential in Microsoft’s GamePass being integrated into Samsung TVs. Even more with the possibility of a cloud gaming streaming stick in the future.

This raises a lot of questions about the future of gaming. Are consoles set to go the way of the DVD player as gaming-as-a-service takes center stage?

Most consumers would consider skipping consoles

According to Amdocs research, 82% of gamers would consider bypassing purchasing gaming hardware in favor of the cloud, further indicating a shift from traditional console-based gaming into a cloud-based digital future. And this shift is already underway. Most consumers (62%) have used or plan to use popular cloud gaming services this year, with Xbox Game Pass ranking the most popular. As we look to the future, more than half (65%) of consumers feel optimistic about cloud gaming, and over one-third (38%) feel it will completely change the industry.

There is a lot to consider here. For one, cloud gaming is exceptionally convenient (says the dad who plays in the car while his son’s sensei, once again, says no parents should stay and watch the class) for on-the-go gaming, quick rounds or lazy playing in front of the TV with a Backbone controller. However, it’s still limited to the library within the likes of GamePass and PS Now. As we get to the stage where we can play any digital game we purchase whenever we want, it’ll go next level.

But another glaring problem still needs to be addressed, and that’s the need for a capable network.

Networks issues are the wet blanket of cloud gaming adoption

Regarding cloud gaming and virtual experiences like the metaverse, 21% of gamers said they aren’t confident their internet connection can handle it. We all know that every second is precious when gaming, and I’m sure you may have even thrown a controller after missing a Halo headshot.

With 4G and 5G networks, satellite broadband, in-house connectivity and public WiFi, there are a lot of variabilities when it comes to quality of service, especially if you’re playing on the go and moving from network to network. As 5G access becomes more widespread, it should help alleviate these issues, but it’s not the silver bullet. All these networks need to work together and seamlessly hand off from one to another to ensure consistency. This is more than the responsibility of any single party and collaboration across many, including communication service providers, IoT developers and cloud-based gaming platforms.

The future is bright for cloud gaming, but there is more to be done before it can provide the experience consumers expect from traditional gameplay. When that moment comes, combined with access to more games whenever we are, we could see the gaming landscape shift to a full-on digital future, leaving consoles behind forever. 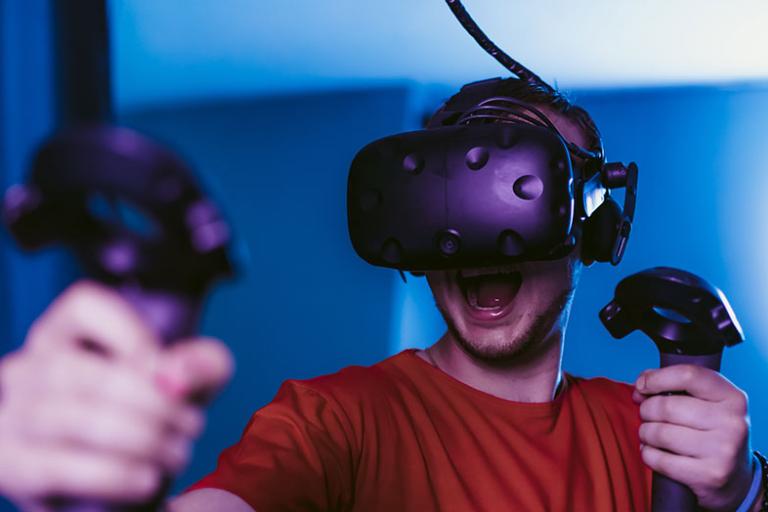 Research: What gamers really think about cloud gaming and the metaverse

Amdocs released research findings that give a deep and surprising look into expectations around the metaverse and cloud gaming. Here’s what we found. 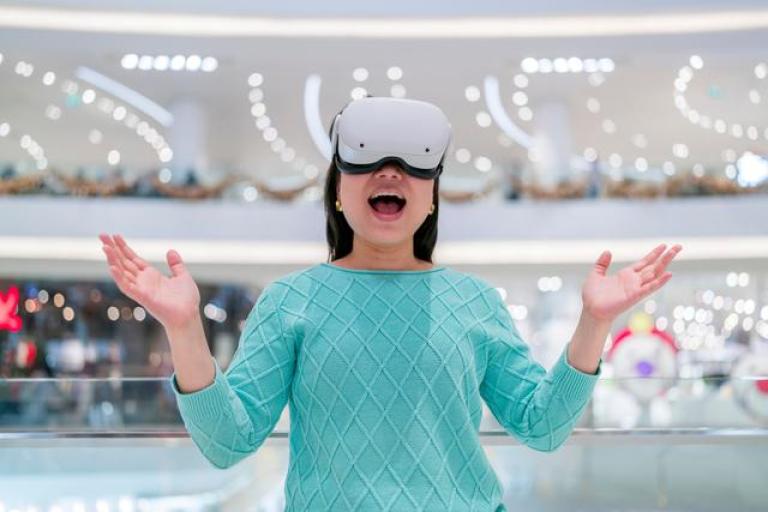 The metaverse is on the minds of many, but are we truly ready to support it? 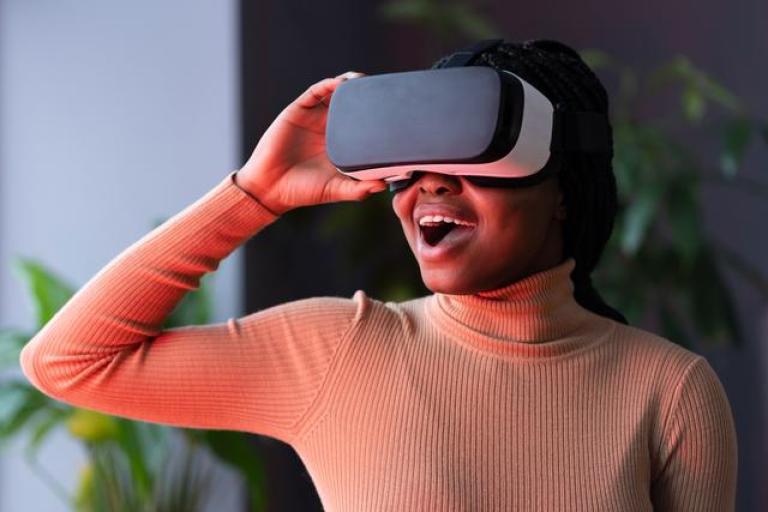 Research: Consumers believe in the metaverse, but challenges must be addressed

As the metaverse becomes a reality, it won’t be the responsibility of one specific party to enable it, but the expertise of many. 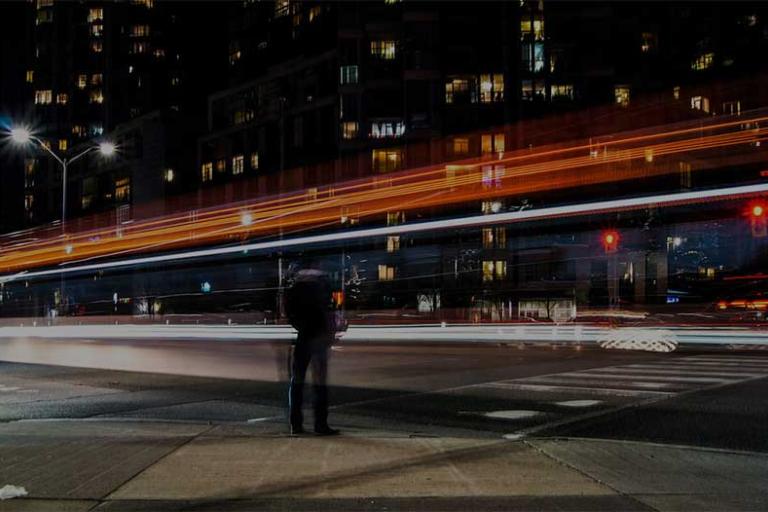 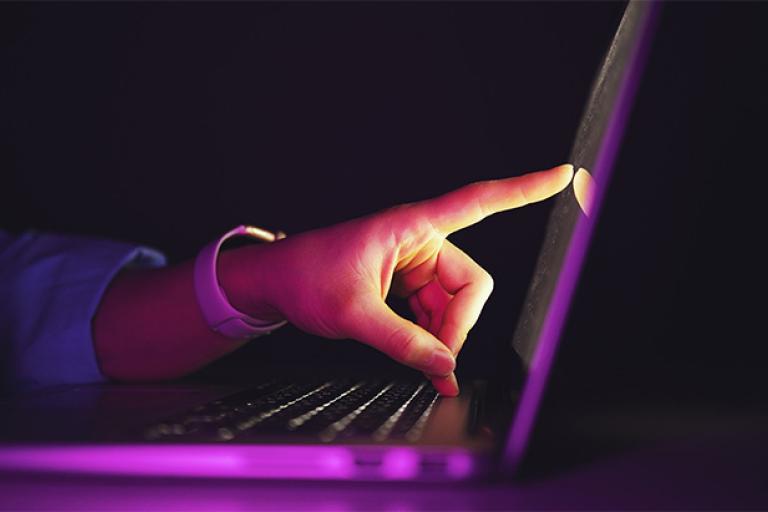